In Pakistan, restaurants only care if you fast, but not if you pray 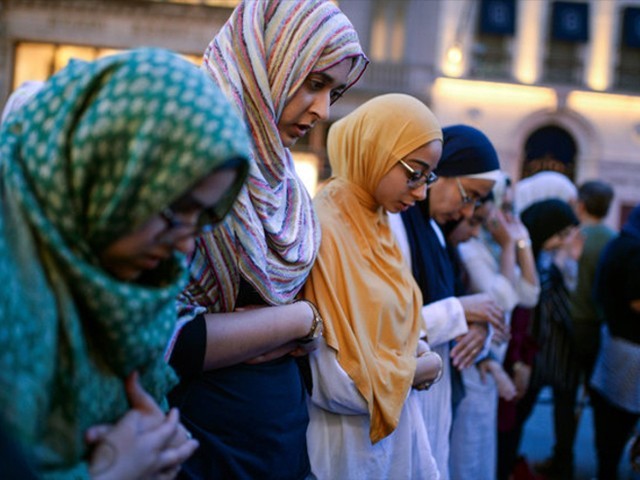 This attractive marketing tagline, alongside tempting pictures of food, is being circulated by a well-known eatery this Ramazan, as is the case every year. Not only is the food tempting, but also the deals. And why not? When one opens their fast at sunset in this most special month for Muslims, delicious food is but a must.

But there is one issue. While they openly marketed the “pray” bit, there is no place for praying if you go to said eatery for an iftar deal. A young girl I spoke with who went there with her friend said the staff looked shocked when she asked where she could pray.

“They said we have no arrangements, because no one wants to pray generally, barring very few people. I told them I am from those very few and you must help me; I need a very tiny corner for just five minutes. At my insistence, they made me stand between tables crowded with people. It was a very uncomfortable experience. Not going there again in Ramazan.”

This is not just about one restaurant or café. Except a few places, you can literally count on your fingers how a majority of restaurants milk the blessings of Ramazan by introducing dealswhich help increase their sales, but do not have the sensitivity towards those customers who want to pray.

This has been a topic of discussion on social media and otherwise since years, but nothing seems to come out of it. I have prayed on dusty floors, with music playing and people passing in front of me, whenever I dared to go for an iftar meal. The problem for women is even more pronounced, because men can go for prayers to a nearby mosque if need be, but except for limited mosques that allow women to pray, there is no concept of mosques as public spaces for women.

Ironically, many mosques allow women to come for Taraweeh prayers in Ramazan, a voluntary prayer, but will not open their doors to women for the obligatory five prayers.

As someone who has been trying to bring this issue to the attention of the owners and the management of restaurants for years, their responses on social media have been less than empathetic.

“Why do you need to go and eat out in Ramazan if you are so religious? Do your iftar at home. Can’t you live without eating out?”

These, and other stronger reactions, are normal now. It is as if people who want to pray in Ramazan are not welcome to mingle in society and go out to eat, and are meant to stay in bubbles or at home.

Sure, one can do iftar mostly at home. But there are times you are invited to go out. And there are times you feel like going out to eat. The reverse discrimination against people who attempt at being practicing Muslims in the Islamic Republic of Pakistan is real. On the other hand, I have experienced refreshing cooperation from non-Muslim friends and from strangers while traveling abroad whenever I needed to pray.

This issue is not just specific to Ramazan. However, in other months of the year, one can plan to go out to eat at a time when prayers are not disturbed. But when fasting, this is not a possibility.

There are many possible solutions to this, and some select restaurants have employed these solutions. For example, a well-known oriental restaurant in Clifton has made arrangements not just for their own customers to pray, but also welcomes customers of nearby eateries. At other places, they request you to pray quickly and by turn, but have the good sense to at least keep prayer mats. But such restaurants are numbered.

So here’s sincerely requesting restaurants: the next time you use the Ramazan tagline to boost your sales, have enough empathy to reserve a small corner of your restaurant for 15 minutes so that those who want to pray can do so with ease. If for nothing else, then in the spirit of the compassion that Ramazan is all about.