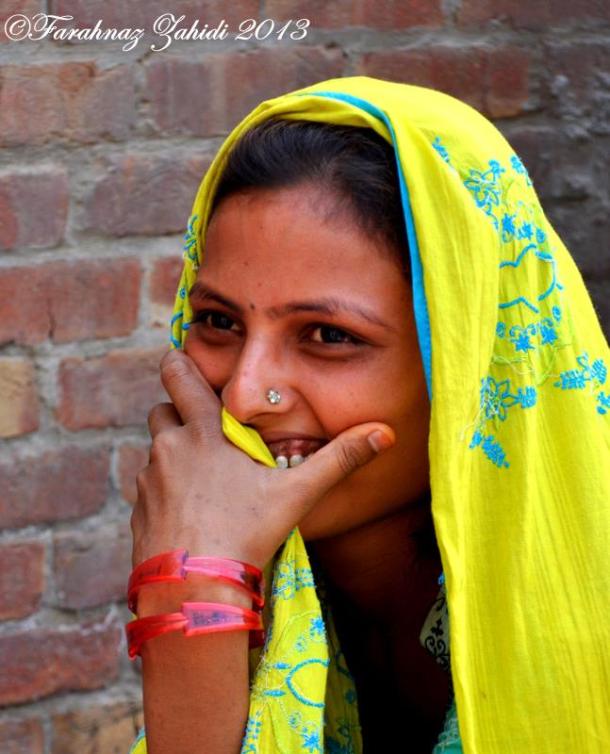 Female journalist can tell the stories of women whose voices are rarely heard, argues Zahidi [AP]
On this International Women’s day, Google two words: “Pakistan” and “Women”. The results will show pages and pages with headlines about girl-child marriages, honour killings, acid attacks, sexual harassment, not enough women-friendly legislation passed by the National Assembly of Pakistan, patriarchy, preference for male child, alarming maternal mortality rates, and the list goes on.

A recent report by the Committee to Protect Journalists (CPJ) shows that Pakistan ranks as the fourth most dangerous country in terms of journalists killed in the line of duty. And yes, Pakistan is considered one of the most dangerous places in the world for women.

Some of the search results would be articles written by female Pakistani journalists – including myself – who focus on gender issues. I recall reporting on the gender gap in employment in Pakistan, when the country was ranked 2nd from the bottom in a study of 135 countries (World Economic Forum’s Global Gender Gap Report).

What is encouraging is that Pakistan has a vibrant and growing regional language media, often braver than mainstream media. Women from conservative, under-privileged or rural backgrounds are also venturing into it.

On the surface, it looks like it is all bad news, especially for female journalists. Despite the harsh working conditiones (low salaries, stress, violence), the fact remains that more and more women are joining media in Pakistan. And for a good reason. This is a country that has a story in every corner, waiting to be told. And women, by default, are great story-tellers. They also have so much to say, and are natural born “fixers”. Journalism is thus a great career choice for us.

Pakistan’s situation, of late has unearthed some new fields and exposed some voids waiting to be filled by reporters, who can choose them as their niches in the world of journalism. With the risk of sounding cliche, there are the proverbial “silver linings” to this mayhem.

Here’s an example of one of the new beats opening up before women journalists: If earlier I was writing features just focusing on reproductive health and family planning, I now focus on how the security crises have affected women in conflict-ridden parts of the country. If roads are blown up and the infrastructure is damaged, women end up paying the highest price. For example, women in such areas would not be able to access hospitals for childbirth, and female doctors, for safety reasons, cannot travel to conflict zones. All this needs to be highlighted. And women reporters do that well.

Inside Story – Who in Pakistan should have protected Malala?
In times of conflict, the vulnerable sections of society like women and children, are most impacted by displacement and losing the men in their lives. Women, as stakeholders in peace processes at any level, are often ignored. Their voice needs to be heard. Over time, the importance of this particular “beat” or focus as a journalist became obvious to me.

It was important that I was there at Peshawer’s Lady Reading Hospital to talk to Fatima Bibi (not her real name) whose 14-year-old son had lost his limbs in a blast. She wanted to do something about it more than just weep. She went on to become a peace-builder in her own town. Her story needed to be told. And it was.

The good part, however, is that it doesn’t really matter if you were a male or a female journalist in Pakistan. Media in this country is quickly becoming a sphere where the man-woman dynamic is not necessarily the defining factor. We are not second-guessed because we are women. We are treated as equals to our male colleagues. There is a definite air of synergy which is conducive to the nature of this craft.

Yes, we want to see even more women in key leadership positions in media houses, even right at the top. Indeed, many have gotten there, while others are on their way up.

The professional hazards, like being stared at or harassed, are not specific to journalism or Pakistan. If, as women we ask for equality, we have to handle these hiccups, although this does not mean staying silent about it. Over time, we learn to handle it. There may be a few “boys’ clubs” that are a tad bit over-protective about their female counterparts, but generally, Pakistan’s female journalists are a strong voice in the country’s overall narrative.

What is encouraging is that Pakistan has a vibrant and growing regional language media, often braver than mainstream media. Women from conservative, under-privileged or rural backgrounds are also venturing into it.

A proactive female journalist from South Punjab was asked recently why she is doing this job that is risky and not so lucrative. Her answer had great clarity: “Sharing this table with 20 male journalists and being able to find a space where my voice is being heard. What more does one need?”

Farahnaz Zahidi is a Pakistani writer and editor who chose quality journalism as her chosen path for telling stories that need to be told and contributing towards a better Pakistan, a better world. Her areas of focus include human rights, gender, peace-building and Islam. She currently works for The Express Tribune. You can find her blog here and her photo-journalism here.

The views expressed in this article are the author’s own and do not necessarily reflect Al Jazeera’s editorial policy.